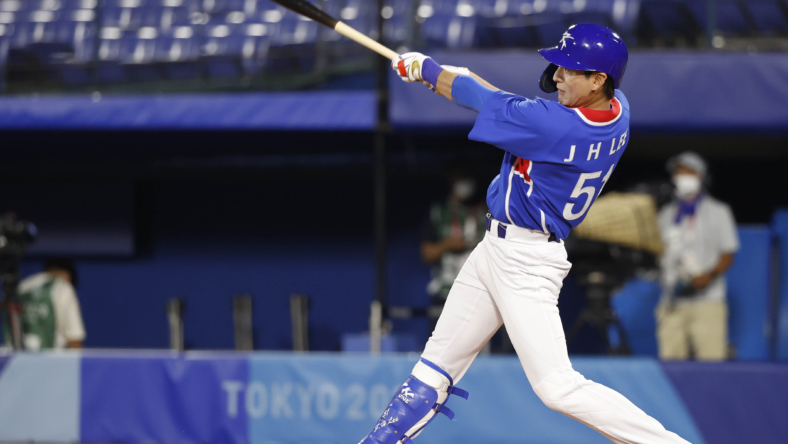 If you haven’t heard of South Korean baseball star Jung-hoo Lee, get ready to take that talent to the MLB ranks as the KBO League’s MVP quickly becomes one of the most popular players. . He’s already made a name for himself with the Korean Baseball Organization, but he seems to have bigger ambitions to bring his talents to the United States.

according to Kim Sung MinKiwoom Heroes (Lee’s KBO team) gave Lee permission to be listed in the MLB bidding system after the 2023 season, putting him on track for his 2024 MLB debut.

Who is Lee Jeong Hoo?

It’s understandable that Lee’s game is still unfamiliar. Consider this your warning shot. Some may remember him when he represented South Korea at the 2020 Tokyo Olympics, but it’s been a few years.

Young Lee is also a local prodigy, as his father, John Bum Lee, was a 13-time KBO All-Star baseball legend who earned the nickname “Son of the Wind.” got the nickname.

Lee has carved his name on the bigger map by winning the KBO League’s MVP award in 2022, but has long overturned the cover of South Korea’s Kiwoom Heroes. Even in his debut season, the 6-foot-tall outfielder won his KBO Rookie of the Year in 2017.

However, his value has been steadily rising lately, and the 2022 baseball season was his best season as a professional athlete, winning the KBO Batting Average Champion of the Year award. He was also the league’s hitting leader and slugger on base leader.

While he has proven to be one of the best hitters in his field, Lee has also shown to be pretty good with grabs in the outfield as well. Amazingly, he has won his Golden Glove award in the last five seasons.

Many refer to him as the best pure hitter in the Korean baseball league, known for his ability to fly the ball across the park. Boasting the highest career batting average in KBO history (.342) among players with over 3,000 plate appearances, Lee has shown he’s ready for a bigger test in the near future.

Lefty Lee looks like the total package, averaging 10 stolen bases per season and a career BB/K ratio of 334/281. With a patient eye, a bit of athleticism, a powerful bat, and gold in his glove, Lee is sure to earn a hefty paycheck once his MLB offseason in 2024 begins.

Fans will even get a sneak peek at his skillset at the World Baseball Classic, which he plans to attend alongside his South Korean teammates.