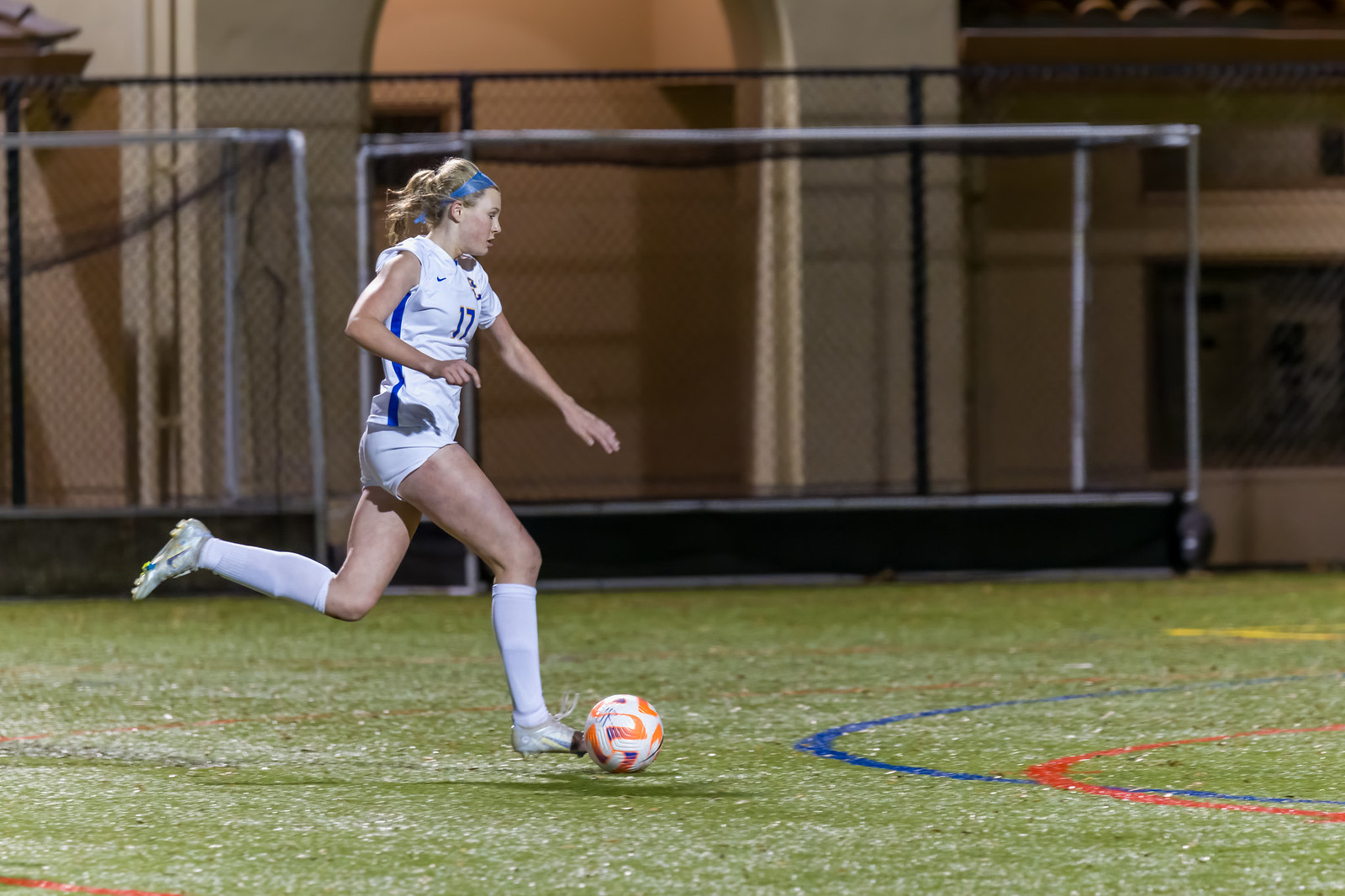 Following a recent ruling that banned nine players from participating Palo Alto High School Women’s National Soccer Team (2-3-0), the Vikings suffered a 0-2 loss against the Santa Clara Bruins (3-1-1) at home on Friday after a hard-fought first half.

The Santa Clara Valley Athletic League has banned nine players from the league for violating SCVAL rules. The SCVAL board reaffirmed its decision on January 19, despite last-minute pleas from Principal Paly’s Brent Kline.

According to Vikings freshman center midfielder Alito Rao, many of the nine suspended players were important to the team and the team had to vie for replacements before league play began. of players moved up to make up for the lack of players.

“The list of suspended players included so many talented players,” Rao said. “It was quite difficult to adapt to the new players who were promoted, but we have a lot of talented players in the junior national team and their promotion has made our team stronger.”

“When we came into the game, our mentality was to play our game, not the other team’s game,” Romero said. “So we just play the way we know how to play, which is to keep the ball.”

The Vikings started off by scoring several goal chances and blocking Santa Clara’s offense. Free kicks and corner kicks were initially unavailable to both teams, and both teams’ defenses remained strong.

The game was tight from the start, with both sides vying for the first goal of the match.

“They are a good team, so it felt pretty intense. There were a lot of fouls and a lot of fighting,” said Rao. “Both teams were waiting for a goal.”

Towards the end of the first half, Santa Clara began to show their dominance, increasing possession and goal opportunities, more than doubling the Vikings’ shots and shot count. The Bruins had a series of shots, one of which she bounced off the post by junior forward Alina Ferreira. However, the Vikings’ defense was solid and the first half ended 0-0.

Despite the Vikings maintaining consistent pressure throughout the second half, their defense slowly weakened. Just five minutes into the second half, Bruins sophomore forward Fiona McCormick narrowly scored from a through pass to give the Bruins their first lead of the game with a 0-1 score.

According to McCormick, she was able to score through the team’s consistent use of through passes into open space behind Viking defenders..

“Our scoring strategy was to catch the opposing defense off guard and push them back. [the defense] Use the space behind them to score goals,” McCormick said.

The Vikings defense continued to decline as Santa Clara continued to shoot on goal. Ferreira scored from another through pass with 15 minutes remaining to set the score at 0–2. The Bruins continued to dominate in the remaining minutes, with several missed shots by the Vikings ending the game.

Bruins head coach Brad Comstock said Santa Clara got off to a difficult start but quickly found focus and won the game.

“We didn’t manage well in the first half,” said Comstock. “We played better and had more control in the second half, but it still wasn’t our A-game. We can walk away with a win, especially if we’re playing against Parry.”

According to Ferreira, staying cool was a key factor in the Bruins scoring two points.

According to Romero, the Vikings will not retreat after losing to Santa Clara.

“Back to the training ground,” Romero said. “We pay attention to small details and fine lines and revisit the basics. Those who master the basics and the simplest skills are the ones who succeed in the game.”

The Vikings are scheduled to play their next match against Mountain View Spartans on Friday at 7pm (3-1-1) at home.

All photos by Daniel Garepis-Holland